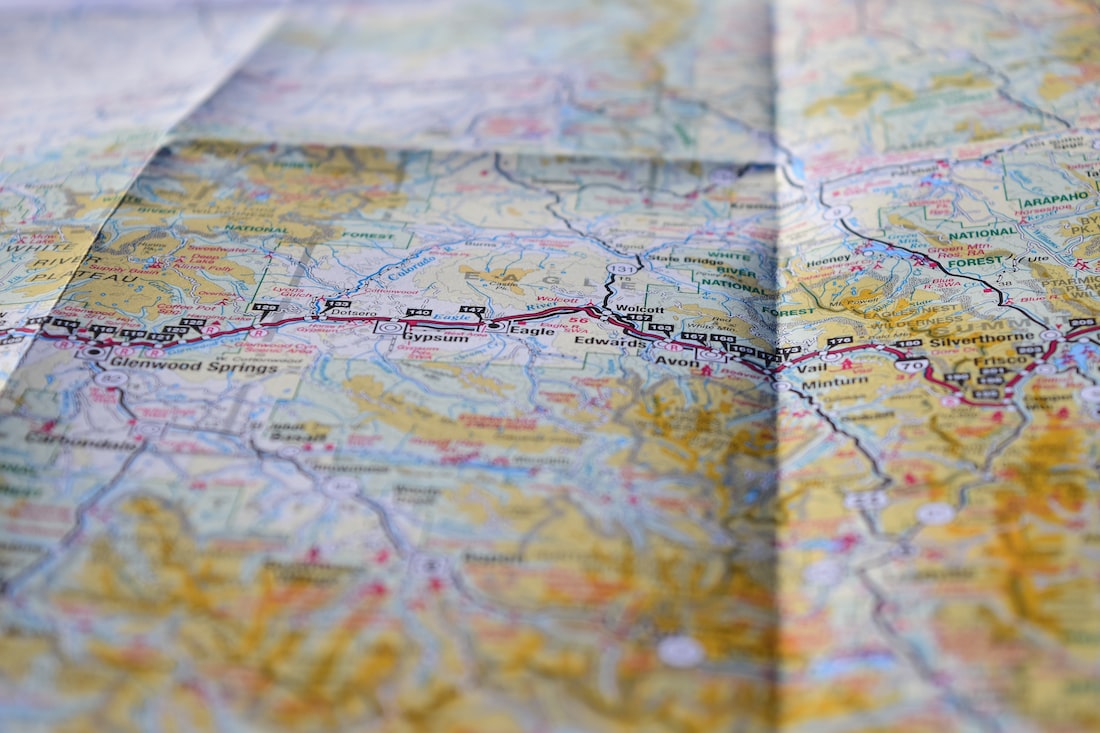 This is my youngest son. He's 4 years old and is a total goober. Let's call him "J". 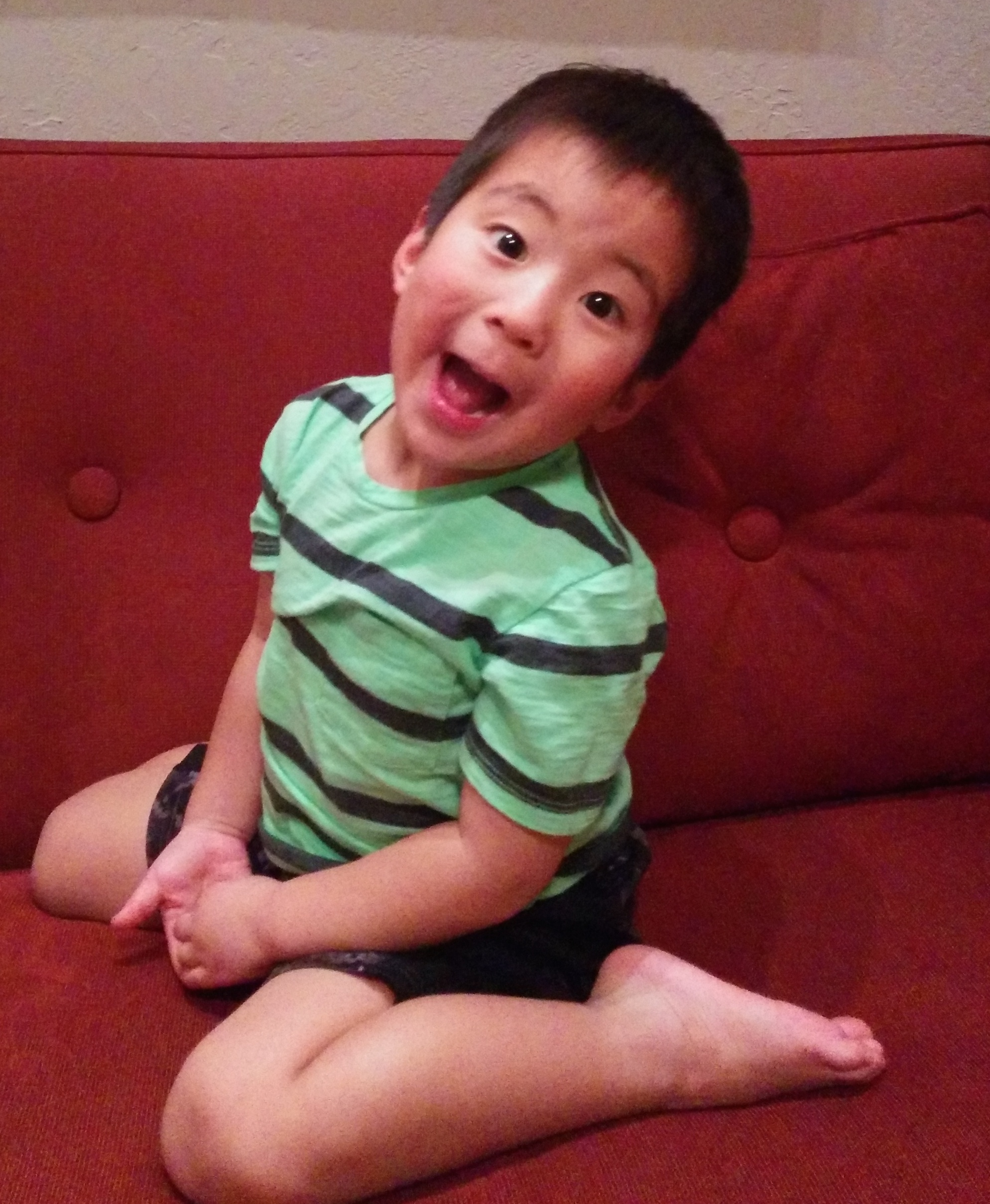 J is probably going to be a sales person when he grows up. He is extroverted, charming, funny, naturally positive, and when he wants something he goes after it with dogged persistence that borders on obsession (typically candy or the cartoon Miles from Tomorrowland ), and he usually gets it. Plus he's smart (at least according to his mother).

We are quite different, to say the least.

But no matter how good a salesperson he might one day be, if J works in B2B software, I would NEVER EVER let him give the external product roadmap presentation to a customer or prospect unsupervised... Just as I currently do not let him use super-sharp steak knives on his own to cut his meat. Even though J REALLY REALLY wants to do it himself. And even though I would truly love to just start eating my dinner and not be bothered with carving up his food.

No sales people with external roadmaps.

No preschoolers with steak knives.

Because if you let either situation happen, mistakes are sure to be made and things are bound to get bloody. It doesn't matter how well-intentioned your sales rep (or preschooler) is, how confident he/she is in his/her knowledge and abilities, nor the promises he/she made to behave. And it doesn't matter how tempting it is because you're too busy.

Why? Because to expect a safe outcome is dangerous, dumb, and contrary to the inherent, fundamental nature of sales people, and against the uncoordinated and careless behaviors that are natural for 4-year olds.

External roadmaps presentations are tricky, even for very experienced PMs.

Customers who ask for roadmaps want them to alleviate their uncertainty. They want to know the product is coming out by Date X with Feature Y. If they felt confident about it, they wouldn't ask for the roadmap.

Alas, we PMs of early-stage B2B products can rarely offer the certainty and specificity these customer seek beyond the next few months. Instead, we need flexibility to adapt product plans to rapidly changing markets, to deal with major (yet common) events like mergers & acquisitions, new CEOs, and major pivots of overall corporate strategy. We also use Agile Development processes to preserve that flexibility and constantly incorporate the latest market conditions and feedback into our product plans.

So, the external roadmap is a delicate balance. We want to satisfy the customers' psychological need for certainty with our requirement for flexible, adapatable product planning. And if we fail to strike this balance, the customers (and press) are livid when the new release is late doesn't meet their expectations, or maybe they never buy at all. A lot is on the line.

The good traits of sales reps lead to dangerous roadmaps

So, it's tough enough for PMs to give the external roadmap, but near impossible for sales reps due to their inherent nature.

Sales people are driven to alleviate the customer's anxiety and get them to feel good about the product. They are very positive people who always highlight the positive and downplay the problems. They are goal-oriented and continually drive deals forward, toward a win. And they are often over-confident in their own knowledge and abilities -- because you have to be to survive in their line of work.

All of these traits are in the sales person's nature, and are exactly what companies want and reward in sales people. Would you want a sales person that wasn't like this?

But these beneficial traits bite you in the ass when you let sales reps present the roadmap to prospects and customers. Here are some common examples of roadmap sins that I've witnessed sales reps commit or that I've had to clean up after:

Alas, these are not isolated incidents (the last two are, but the rest are pretty common). Too often, the customer leaves thinking that certain functionality is definitely going to be in the product by a certain date.

If you can at all avoid it, don't let Sales People give the external roadmap.[1] Have a PM do it instead. If the Sales person messes up the roadmap, and they often will, you have a bloody mess on your hands: product plans get derailed as everyone scrambles to develop features a customer believes was promised in the roadmap -- features that are often not broadly applicable and won't be used by any one else.

And for those seeking parenting advice, don't give your preschooler steak knives either. I think age 7 is a good age to start for most, but I'd still be very cautious if I had a clumsy or reckless kid.

CAVEAT:
This post applies to commercial B2B software products that are expensive because they provide a lot of value, and are therefore relatively complex (even if their UIs are simple). Also, it only applies to these products in the first 1/2 to 2/3 of their lifecycle, My wisdom might not apply if your product is:

About The Blog of Sue Raisty